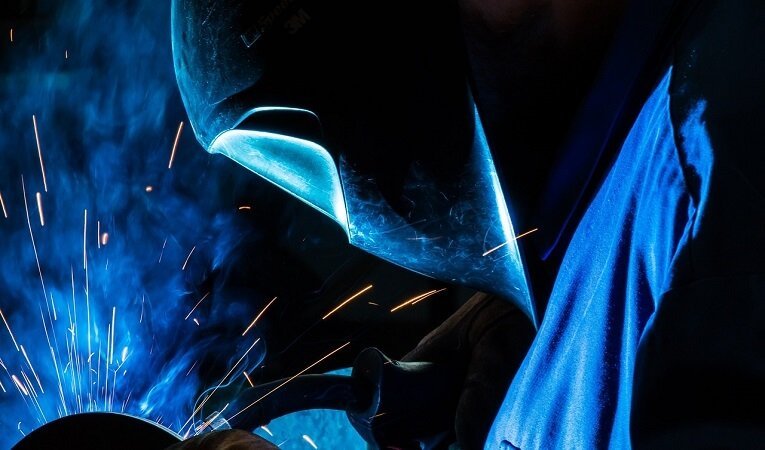 If you’re starting to work with metal or are curious about it, then soldering and welding are two of the basic terms you need to understand.

Soldering and welding are both ways to join metals together, but after you learn a little about each you may have a strong preference for one over the other for your particular task.

In this article, we’ll compare welding vs soldering to help you decide which method is best for you and your specific needs. The two have some similarities, differences, advantages, and also disadvantages.

Welding vs Soldering: Is Welding Similar to Soldering?

Welding is often used in construction, repairs, manufacturing, and more. It works to combine metals by fusing them together and often includes adding a filler metal.

What is the welding process?

To fuse metals with welding, heat is applied directly to the metals. It must be concentrated heat of a high enough temperature to melt the metals being joined and any filler metals that may be used. This means that welding temperatures start at the melting point of the metals being combined.

Welding is great for combining large pieces of metal that are thick (meaning about half an inch thick) and joined at a single point. However, it tends to leave an irregular bead, so it isn’t often used in projects where an entirely smooth surface is desired.

A bead in welding is the place where the metal fillers combine the two metals being fused together. Think of it as the scar left behind after having stitches or a seam after stitching a piece of clothing together.

One advantage of welding is that it allows you to combine metals in one pinpointed, localized area. In fact, welding shouldn’t be used to completely fuse large surface areas of metals together but to join two large pieces of metal together at one point. It’s a quick and simple way to combine metals quite effectively and is great for mass production.

If you’re new to welding, begin by checking out these beginner-friendly welders.

Unfortunately, this pinpointed joint can be a disadvantage as well, depending on the type of project you’re doing or the joint you want to create.

If you’re looking to completely fuse together two large pieces of metal all the way across, rather than at one point, then welding may not be the best option for your project. It may still be an effective way to fuse the pieces, but welding is best suited for creating a localized joint. Think of it in sewing terms: welding is better for connecting the squares of a quilt together, rather than combining a large piece of fabric for a blanket flat on top of a large backing piece of fabric.

Another disadvantage, as mentioned before, is that welding may not be the most cosmetically appealing option for all projects since it creates an irregular bead where the filler metal is used or at the point of fusion between the two metals. If you’re looking for a perfectly smooth, seamless finish across the joints, welding probably won’t work for your project.

Welding can also be tricky in thinner metals (less than half an inch thick) or when combining a thick metal to a thinner metal, since the temperature needed to fuse the metals can warp them. Welding is best suited for combining two thick metals of the same or similar thickness.

Soldering is often used in electronics, plumbing, and for working with materials like silver, gold, iron, and copper. It works to join materials, especially metals, by using heat to melt a filler metal called a solder and place it into the joint.

There’s a bit of misconception that welding and soldering are the same thing. While they’re very similar processes and are used for many of the same reasons, there’s a big distinction marking the difference between the two methods of joining metals. The biggest difference between welding and soldering is that while soldering does heat the original base metals, it doesn’t melt them. Soldering only involves melting the filler metal to combine the two materials.

What is the difference between brazing and soldering?

In fact, soldering is actually more similar to another metal joining technique called brazing, which also involves melting a filler to join two metals together without melting the original base metals. The biggest difference between soldering and brazing is that brazing involves using higher temperatures (for metals with a higher melting point) and soldering typically uses lower temperatures.

An advantage of soldering is that it has a much smoother, almost seamless appearance compared to welding. With soldering, there’s no irregular bead left behind. Think of it as the difference between a keloid scar left from surgery and a tiny scar from a papercut. Keloid scars are raised and much more noticeable than scars that heal flat.

Is solder as strong as welding?

Although welding and soldering are similar methods of combining metals, the decision of which one will work better for your project depends on a number of factors.

Soldering typically uses lower temperatures and creates a more seamless appearance, but produces a weaker joint than welding. Welding, on the other hand, requires higher temperatures, creates a stronger joint, is best for localized joints, and leaves an irregular bead. You’ll also want to take the type of metal you’re working with into consideration, since welding is better for metals with a higher melting point.

Now that we cover the pros and cons of welding vs soldering, you can use this information to easily determine which method you prefer to use in your next project.